With the voluntary self-disclosure to avoid penalty, Germany has created a unique legal construct for a return to tax honesty. Relevant persons may obtain exemption from punishment if they meet certain conditions and “make a clean sweep” with the fiscal authorities.

What is tax evasion?

Evading taxes constitutes a criminal offense in Germany. A German tax resident is already evading taxes if he does not disclose in his tax return capital gains from a foreign account/deposit. If an investor files incomplete tax returns for several years, he renders himself liable to prosecution due to tax evasion for every single year. A tax evasion may already exist if the bank paid withholding taxes to the German tax authorities.

What are the penalties for tax evasion?

Tax evasion involves a fine or imprisonment of up to five years. For particularly serious cases, German law provides for imprisonment of six months up to ten years. An evasion of more than € 100,000 within one year is regarded as particularly serious. In individual cases, the evasion of € 50,000 may be sufficient if the tax authorities pay out money.

A self-disclosure exempts from punishment and thus paves the way to tax honesty. In general, the following applies: if the investor subsequently declares the formerly non-disclosed income in full, he is exempt from punishment. With the Law on the Amendment of the German Fiscal Code and the Introductory Act to the Fiscal Code of December 22, 2014, the conditions for the filing of voluntary self-disclosures have largely been tightened with effect from January 1, 2015. However, the amendment also included partial relieves with particular importance for companies.

As of January 1, 2015, an exemption from punishment can only be obtained if the taxpayer

1. Filing in due time

There is no exemption from punishment if, prior to the receipt of the voluntary disclosure,

It is important to declare all formerly non-disclosed income. An exemption from penalty will be established only once and only if all income from every source will be subsequently declared. The investor has to “make a clean sweep”, as such entirely returning to tax honesty. If no exact figures are available or in urgent cases it is recommendable to estimate the undisclosed income and add a safety margin.

In order to obtain an exemption from punishment, the investor has to pay the additional taxes and, pursuant to the new legal situation, also interest on the evaded amount in due time. If the evaded amount during the relevant year exceeds € 25,000, there is an additional surcharge for such year. Within the scope of the new regulation, the formerly uniform penal surcharge of 5% has been replaced by graded surcharges:

The payment period is determined by the tax office. As such period might be rather short, one should ensure to have enough funds for the payment of the taxes, interest and the surcharge, if applicable, even before filing the voluntary self-disclosure.

Consequences of an effective voluntary self-disclosure

In case of an effective voluntary self-disclosure

How do we support voluntary self-disclosures?

In connection with the filing of a voluntary self-disclosure and/or criminal tax proceedings we provide comprehensive and practice-oriented advice. Our services start with an extensive consultation, in the course of which we analyze the investor’s individual situation. 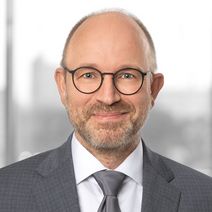