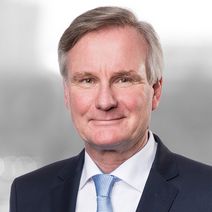 Baker tilly in the news: Global corporate tax - Many obstacles on the way to greater tax justice

The members of the Organization for Economic Cooperation and Development (OECD) have agreed upon a global corporate tax reform. As early as 2023, 136 countries want to introduce a minimum tax for multinational enterprises (MNEs).

Tax law expert and lawyer Dr. Klaus-Jörg Dehne, Head of Quality Law and Taxes at Baker Tilly, explains in an interview with Der BETRIEB the background, which obstacles have to be overcome on the way to more tax justice, and which far-reaching consequences the global minimum tax will also have for German companies.

Der BETRIEB: Dr. Dehne, what is the background to this historic agreement – and: Will this provide for more tax justice?

Dehne: The formal basis is the OECD/G 20-BEPS project, which did not reach a consensus in the 2015 final report with regard to limiting the profit shifting opportunities of IP-based digital companies. With the massive changes which have occurred since then, such as the introduction of GILTI and BEAT in the USA, of "digital service taxes" in some countries and the EU's decision to introduce such taxes if necessary in the absence of a global solution, the pressure on politicians to reach a global consensus in order to counteract "fragmentation" through unilateral solo efforts increased. On the basis of two "blueprints" from October 2020, a political agreement was reached in 2021, after the USA’s obstinate stance had dissolved due to the change in the political framework and the abandonment of "ringfencing the digital industry".

From the member countries’ perspective, this is a step toward greater tax justice if the level playing field for tax haven countries and for multinational enterprises is restricted by a minimum tax and new global profit allocation rules. From the companies’ point of view, this could reduce distortions of competition. On the other hand, however, one must consider the foreseeable conflict potential of the new "global concepts" and the enormous administrative compliance costs which substantially thwart the positive aspects. Many important detailed problems of the new "global tax regime" are currently still under discussion; therefore, we must wait for further developments and concrete implementation before we can make an assessment and give reliable recommendations for the affected companies.

Der BETRIEB: What are the pillars of the new global tax system?

Dehne: The first pillar – “Pillar One" – contains a new system for the allocation of taxation rights that works independently of a classic permanent establishment’s physical presence and is based solely upon sales to end consumers and users above a turnover threshold of EUR 1 million (KEUR 250 for smaller jurisdictions). As a result, this is supposed to lead to a higher taxation right of the market jurisdictions, by attributing a part of the global profit (Amount A = 25% of the profit exceeding a pre-tax margin of 10%) to these states and allocating it to them according to a sales key that has not yet been finally determined. This new global solution joins the classic income tax treaty mechanisms of the arm's-length comparison linked to the transaction and is to be introduced by means of a multilateral agreement in which the countries also undertake not to introduce or abolish unilateral digital taxes.

The second pillar - "Pillar Two" – is the actual minimum tax, which is set at 15 percent and is to be levied with respect to each country ("jurisdictional blending") in which the effective (not nominal!) tax ratio is lower in the respective assessment year. The minimum tax comprises several components: a top-up tax, which is intended to ensure an upward channeling to the minimum tax level on the basis of an "income inclusion rule" (at the level of the ultimate parent company) or an "undertaxed payment rule" (at the level of the company making payments to a low-taxed company); in addition, an increased withholding tax on payments suspected of profit shifting and low-taxed payments; and an accompanying subject-to-tax rule ("STTR") to be introduced through a multilateral instrument.

Der BETRIEB: Which companies will be subject to minimum tax?

Dehne: Basically, all multinational enterprises are subject to "Pillar One" – according to the agreement of October 14, 2021, irrespective of industry affiliation or activity – to the extent they achieve total sales of more than EUR 20 billion per year and profitability (before tax) of at least 10 percent. The scope of application may relate not only to the entire group of companies but also to corporate segments individually exceeding the abovementioned turnover thresholds. After more than seven years, the turnover threshold is to be lowered to EUR 10 billion.

All multinational enterprises with total sales exceeding EUR 750 million per year are to be subject to minimum taxation (“Pillar Two”).

Der BETRIEB: What is supposed to serve as assessment base? Does the reform provide for exceptions?

Dehne: The Inclusive Framework   has decided that, in the case of a multilateral concept, internationally accepted accounting standards, such as IFRS or US GAAP, are to be used as a uniform basis and the respective national tax base no longer applies. Extensive adjustments are required in order to enable taxation on the basis of these accounting standards. For example, with regard to the minimum taxation according to Pillar Two, the OECD members have planned an adjustment of "permanent differences" between the accounting standards and the tax base, such as those resulting from intra-group dividends, share sales or the so-called push-down accounting after acquisitions. Furthermore, the so-called "timing differences" are to be eliminated which arise, for example, from special tax depreciation or tax loss carryforwards. The difficulties lie in the details. For example, intragroup reorganizations give rise to so far unresolved problems because the term “reorganization” has not yet been uniformly defined worldwide and because the different national rules on tax neutrality may result in minimum taxation without an inflow of liquidity.

Substance-based exemptions were demanded for the minimum tax ("Pillar Two"). However, only a "carve-out" was granted for profits resulting from a formula-based calculation of a wage component and an asset component (excluding intangible assets!). Further simplification options exist, for example, through optional country-by-country safe harbor rules and "de minimis profit rules".

Der BETRIEB: Aren’t disputes inevitable due to the required international cooperation both on the tax authorities’ and the MNE’s level?

Dehne: The existing rules of international tax law are being "grafted" with a further multilateral level of complexity. Increasing disputes due to the multitude of states and legal entities involved are thus inevitable. This applies first of all to the profit allocation rules. If only one state demands more after a tax audit, then – since the allocation is not based on the transaction but on the global profit – the tax bases in all other states affected by the allocation must automatically be reduced and, in addition, an overlap with the existing arm's-length rules must be prevented in order to avoid economic double taxation. It is proposed that only one company should act for the entire group and that only one country should be designated for the countries involved ("one-stop shop"). In addition, the OECD proposes a multilateral treaty with binding and novel dispute resolution mechanisms. However, the extremely complex problems have been addressed in the OECD reports but not yet resolved.

Pillar Two, on the other hand, entails the problem that the states must precisely implement the competition rules proposed in order to avoid multiple taxation. For example, there are conflicts with the minimum tax to be levied according to income inclusion rules and “undertaxed payment rules” and national taxes, such as German CFC rules or GILTI and BEAT in the US. The Inclusive Framework has gone into much detail with regard to the conflict of laws rules and seems to have largely resolved them. However, since these rules have a high level of detail and there are ultimately 136 states that have agreed to the concept, each state must implement the proposals with technical precision. This would actually require a multilateral control instrument for the respective national law, by means of which the respective legislator’s compliant implementation can be controlled. So far, the OECD resolutions do not include a corresponding proposal, because only the STTR is to be introduced multilaterally.

Der BETRIEB: What is your advice for group-wide documentation to minimize potential disputes with authorities?

Dehne: In the case of minimum taxation, the process should be coordinated internationally but ultimately managed top-down across the group. Starting with an analysis of the affected companies, during which the effectively low-taxed companies are identified by taking into account the "carve outs", the conflict of laws rules should be taken into account in a second step, thereby defining such companies within the group which have to pay increased withholding taxes, a UTPR tax or an IIR top-up tax. This requires an analysis of the transaction and payment flows. In a next step, the covered taxes must be determined for each legal entity. The process and documentation thus build upon the "carve out" rules and the competition rules. The global profit distribution documentation according to Pillar One is much more complex.

Der BETRIEB: How will the German treasury actually benefit from this reform?

Dehne: Pillar One is putting pressure on the German tax authorities because Germany, as an exporting nation, must distribute a part of the global profit (and taxation rights, respectively) to the market jurisdictions. Since the limitation to digital companies was dropped after the last resolutions, German corporations are affected, and the pressure has increased.

The gain from the minimum tax through Pillar Two is likely to be limited. Cases falling under the German Foreign Transaction Tax Act are to be excluded; furthermore, the routine profit under the loan/asset ratio must not be recognized and increased withholding taxes must be credited against the top-up tax. Several low-tax countries will bow to the pressure and increase the effective tax to 15 percent. It is hard to imagine that the remaining minimum tax can compensate for the disadvantages caused by Pillar One. 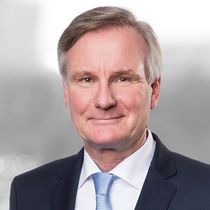