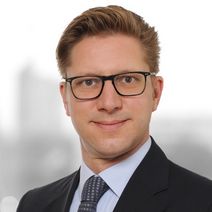 The EU has published a revision of the Directive on the legal protection of designs (Directive 98/71/EC). This provides interested parties with the opportunity to comment on the planned changes. The proposal contains various relevant amendments and would, provided it will be implemented in the proposed form, comprehensively modernize and sustainably extend the scope of protection for designs. The most important amendments: The new definition of the term “design” is now to also include “movements, transitions and animations” of digital designs, and the term “product” as defined by the Directive is expected to also include digital items, i.e., items not embodied in a physical object as well as graphic user interfaces. This would provide for a better protection of designs only existing in virtual form, for example, in a “metaverse”.

A corresponding design protection would comprise a wide range of new aspects in future: “Creating, downloading, copying, and sharing or distributing a medium or software on which the design is recorded for the purpose of enabling the manufacture of a product.”

The proposed Art. 11 allocates ownership of a design by introducing a “commissioned work” or “work for hire” concept into the Directive according to which designs developed by an employee within the scope of her employment belong to the employer, unless otherwise agreed upon.
Furthermore, the Directive regulates the right to take legal action before the EUIPO in favor of such person(s) in whose name the design has been registered.

The Directive is to provide for a presumption of validity in infringement proceedings, which can be rebutted with all remedies available in the respective Member State, including counterclaims. Furthermore, it is to explicitly provide for a right of prior use.

Besides formal and procedural amendments, the further proposals also include clarifications and some expansions of the provisions on a design’s revocation, in particular based on prior rights, which may be registered within the scope of international agreements as well as an exception for comments and parodies. Furthermore, there will be clear provisions according to which the use of a design for the mere purpose of identifying the design owner’s products does not constitute an infringement.