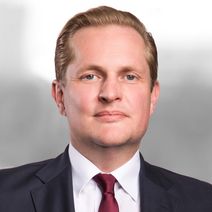 Use of virtual and augmented reality in civil proceedings

The use of IT solutions in civil proceedings has by now been established in German courts – the integration of video telephony is not uncommon anymore. But what about the use of virtual reality (VR) and augmented reality (AR)?

In a three-part series, the Baker Tilly team scrutinizes the opportunities and risks, as well as the pros and cons, of using VR and AR when giving evidence in civil proceedings.

To our knowledge, no technical aids such as VR headsets have been used so far in civil proceedings, at least in Germany. After a brief definition of the respective terms, this article will show some practical cases during which VR and AR have already been successfully applied as well as the hurdles associated with a use of these technologies.

What is virtual reality?
In VR, a digital 360-degree environment is created, and the analog world is completely blanked out. VR is used with special headsets (e.g., Oculus Rift), which project the virtual world directly in front of the user’s eyes. The corresponding situation becomes tangible for the user and can be displayed flexibly.

What is augmented reality?
In AR, the analog world is supplemented by projections of virtual elements (images, texts or animations, such as filters on social media). A well-known example is the smartphone game Pokémon Go.

What is mixed reality?
The term Mixed Reality (MR) is often used as a generic term for VR and AR; however, a clear distinction between the terms is hardly possible. In the course of this series of articles, we will use the term MR to include both AR and VR.

Use of VR and AR
In the criminal proceedings of the so-called Kusel police officer killings, for example, the Kaiserslautern Regional Court already used VR technology in the presentation of evidence against the perpetrators. The German Federal (“BKA”) and State (“LKA”) Criminal Police Offices had produced a 3D image of the crime scene for the hearing, showing the bullet casings and the parked police car. Presiding Judge Mall, who was viewing via a VR headset, is said to have commented on the technical possibilities with: “This is amazing.”

AR is particularly suitable for civil proceedings in the area of civil construction and architectural law. A possible example could be the inspection of a construction site. The actual state could be transmitted to the courtroom via camera. Via AR, a contractually expected construction progress, i.e., the target state, could then be digitally “overlaid” on the real camera image. This could illustrate a planning reality very well.

Current challenges and drawbacks of virtual and augmented reality
The use of VR and AR requires corresponding hardware, i.e., VR and AR headsets. The headsets are not yet available at the courts. Acquisition costs in individual cases add up to a mid-three-digit figure. In addition, the headsets’ use requires at least some preparatory training.

In general, the MR environment for each case must first be developed by appropriate companies/experts in order to be used in the proceedings. All these circumstances entail costs which would be higher compared to traditional evidence methods. However, the points mentioned above are rather short to medium-term challenges.

It is much more questionable how to deal with situations where one party does not agree with the other party’s programmed virtual environment. An obligation to program an alternative environment and to bear the corresponding costs is currently difficult to imagine.

Looking to the future: using mixed reality technologies
Despite the currently existing challenges and the not yet existing legal basis in terms of the above-referenced issues, it will be difficult to stop the use of MR technologies from progressing. The advantages associated with VR and AR offer massive potential in the presentation of evidence, which should be exploited by the courts and for which a substantial demand should exist.

Many thanks for contributing to the article to Nils Versteeg, research associate at Baker Tilly.