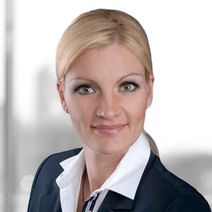 The employer and the employee generally agree on a certain amount of working time (mostly weekly hours), with the employee working overtime if the agreed number of hours is exceeded.

The question of whether and how this overtime is to be remunerated is a recurring source of dispute between employers and employees, which not infrequently ends before the labor courts.

Now, in its decision of May 4, 2022, the German Federal Labor Court (“BAG”) has – for now – provided clarity following the sensational decision of the European Court of Justice (“ECJ”) in May 2019: Employees still have the obligation to prove that they have worked overtime. The burden of proof has not changed.

In a decision dated May 4, 2022 (Case No. 5 AZR 359/21), the BAG had to deal with the question of whether the previous principles on the burden of proof in lawsuits concerning overtime compensation have changed as a result of a decision by the ECJ. The BAG’s decision had been eagerly awaited following the ECJ’s famous “time clock ruling” of May 14, 2019.

The time clock ruling was based on the following case:

A trade union in Spain had brought an action against Deutsche Bank with the aim of establishing that the bank, as an employer, was obliged to record the working hours of its employees in full, i.e., both regular working hours and overtime. According to the union, this was intended to make it easier to monitor compliance with working hours and to ensure that overtime was paid. Since Spanish law – just like German law (with a few exceptions) – only provides for the recording of overtime, the competent Spanish court referred this question to the ECJ. The court ruled that the mere recording of overtime was not compatible with European law. The entire working time must be recorded. After all, this was the only way to determine whether overtime has been worked.

As a result, all member states are required to introduce a system for the recording of working time. The decision fueled the hopes of many employees and their employee representatives that it would be easier in the future to enforce the payment of overtime in court. Prior to the time clock ruling, it had not been particularly difficult for employers to counter their employees’ claims for overtime pay, as the employee was subject to the full burden of proof when demonstrating to have worked overtime. This made it difficult or even impossible to provide evidence in many cases.

After May 2019, Germany was also confronted with the consequences of the ECJ's ruling, as the German Working Time Act – with the exception of mini-jobbers and certain industries – has so far only required overtime to be recorded, as in Spain. Thus, the time clock ruling did not result in an immediate need for action on the part of German employers as, in a first step, it is the German legislator's duty to transpose the ECJ ruling into German law. This has not yet been done and political decisions on the actual implementation in Germany are still pending.

In its decision of May 4, 2022 (5 AZR 359/21), the BAG has now clarified – at least for the time being: The employee must still provide evidence of the overtime worked by him. In addition, the claim to remuneration for overtime also exists only to the extent it was ordered, tolerated or subsequently approved by the employer. The BAG thus makes it very clear that there has been no change in the employees' burden of proof for the overtime they have worked. The BAG thus dismissed the claim of a delivery driver for payment of his overtime.

Against the background of ECJ case law, the Emden Labor Court had still allowed the driver's claim, arguing that the burden of proof in overtime compensation proceedings had been modified by the decision. The regional labor court of Lower Saxony overruled this decision and dismissed the claim with the exception of the overtime settled by the defendant. The plaintiff's appeal to the BAG’s 5th Senate was unsuccessful. The employee’s obligation to demonstrate that the overtime had been caused and attributed by the employer could not be waived in light of the aforementioned ECJ decision.

According to the BAG's argumentation, this was connected, among other things, with the interpretation of the Working Time Directive 2003/88/EC and Article 31 of the Charter of Fundamental Rights of the European Union, the protective purposes of which, from the point of view of the organization of working time, were the safety and health protection of employees and did not concern questions of remuneration or the associated procedural questions of employees. The BAG thus did not depart from the developed principles of the distribution of the burden of proof. Therefore, the obligation to measure daily working time, which is based on EU law, does not affect the principles developed under German substantive and procedural law on the allocation of the burden of proof in overtime compensation proceedings. Based on this, the Lower Saxony Regional Labor Court, which was confirmed by the Federal Labor Court, correctly assumed that the plaintiff's blanket assertion that he had to work through the break times without providing a more detailed description of the scope of work was not sufficient. The question of whether the assertion was true at all could thus be left open.

Consequences from the decision

Following the BAG’s judgement, it is therefore clear that the ECJ’s decision has not changed the employee's obligation to provide evidence of overtime. The principle remains that employees who claim to have worked overtime must demonstrate and prove this in the event of a legal dispute. Asserting this claim in court therefore remains a high hurdle.

To date, the principles developed by the Federal Labor Court on the distribution of the burden of proof for the employee’s performance of overtime and for the fact that such overtime had been caused by the employer have not been changed to date by the obligation to introduce a system for measuring the daily working time performed by the employee which is based on Union law.

This could change, however, as the legislator has been obliged by the famous ECJ decision to create a legal system for the recording of working time. Depending on how such system will be structured, this could also result in changes for lawsuits concerning the remuneration of overtime. It therefore remains to be seen what will happen in this context in the future. 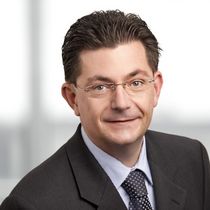