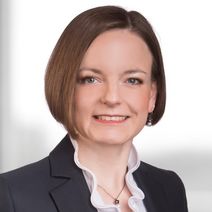 Caution with regard to individual transfers of real estate to partnerships that are exempt from real estate transfer tax: This is due to the German Act to Modernize Partnership Law (MoPeG), which comes into force on January 1, 2024.

With the entry into force of the German Act to Modernize Partnership Law (Personengesellschaftsrechtsmodernisierungsgesetz – “MoPeG”), the principle of joint ownership, which has been a special feature of German partnership law to date, will cease to apply as of January 1, 2024. However, the effects on tax law are still largely unclear.

One of these open questions is particularly relevant for the structuring planning for companies with real estate holdings: Does the abolition of the joint ownership principle lead to a retroactive denial or exclusion of the real estate transfer tax (“RETT”) exemption in the case of transfers of real property to and from a joint ownership within the meaning of Art. 5, 6 GrEStG (German Real Estate Transfer Tax Act)?

If, within the scope of a structuring, real estate is transferred to a partnership and as such to a joint ownership, the RETT is not levied to the extent that the partner's (transferor's) share in the joint ownership corresponds to its fraction in the real property.

Upon the MoPeG’s coming into effect, Art. 713 BGB (German Civil Code), as amended, will have the following wording:

The fact that partnership assets will in future be attributed to the partnership itself – and no longer to the individual partners as joint owners (cf. Sections 718, f., 738 BGB in the currently applicable version) - expresses the elimination of the previous joint ownership principle for civil law purposes. In future, with regard to its legal personality, a partnership will be legally treated in the same way as a corporation. In its case law, the German Federal Court of Justice (“BGH”) has already recognized a partnership’s legal capacity for some time. Therefore, from a civil law perspective, the elimination of the joint ownership principle appears to be only consistent.

What about non-income tax issues, such as real estate transfer tax?

It is clear from the explanatory memorandum to the MoPeG that the abolition of the joint ownership assets under civil law is expressly not intended to lead to “changes in the income tax principles for the taxation of partnerships”. In particular, the principle of transparency and the existence of joint ownership assets and special business assets are to remain unaffected (cf. the Federal Government’s draft bill of January 20, 2021, p. 119).

However, it remains unclear whether such statement is limited to income tax law or also relates to other fields of tax law, such as real estate transfer tax law. This is due to the legislator’s wording and the brevity of the remarks in the explanatory memorandum.

Will Art. 5 and 6 GrEStG no longer apply to real property transfers after December 31, 2023?

Once the MoPeG has entered into force, we believe there is a risk for Art. 5 and 6 GrEStG to be meaningless in terms of their wording alone, as the joint ownership concept will no longer be “known” under civil law from January 1, 2024, if the legislator should not decide to modify both standards’ wording or should expressly stipulate a different interpretation for tax purposes elsewhere. In light of the general close link between GrEStG and civil law, however, this does not seem unlikely.

In the future, a partnership will be considered as an autonomous legal entity in relation to its partners; therefore, the “fractional consideration” immanent in Art. 5 and 6 GrEStG will lose its legal basis.

Impact on RETT-exempt real estate transfers prior to January 1, 2024?

The fact that the relevant real estate can factually no longer be held as a partnership’s joint ownership assets from January 1, 2024, might trigger a “violation of a blocking period according to law”. Consequently, as of January 1, 2024, this would automatically result in a full reduction of the participation rate for RETT purposes pursuant to Art. 5, 6 GrEStG which would cause a retroactive RETT liability.

In our opinion, however, these constellations should be viewed much more critically than those in which real estate transfer tax is incurred as a result of an active measure taken by the taxpayer after the MoPeG has come into force.

In detail, as follows:

In our opinion, a retroactive abolition of the RETT exemption provided in Art. 5 and 6 GrEStG with regard to implemented real estate transfers to or from partnerships would probably conflict with the protection of legitimate expectations principle guaranteed under constitutional law. According to such principle, the taxpayer may rely on a certain legal situation so he can plan accordingly.

In our opinion, this should also apply even if the taxpayers are currently only in the process of carrying out the real estate transfer. At the present time, there are no obvious indications that the tax legislator intends to retroactively abolish the RETT exemptions pursuant to Art. 5 and 6 GrEStG as of January 1, 2024.

Apart from that, a retroactive abolition of the RETT privileges pursuant to Art. 5 and 6 GrEStG should be questionable also against the following background:

The legislator should generally have included the MoPeG’s consequences in the 2021 Real Estate Transfer Tax Reform and should either have entirely abolished, with effect for the future, Art. 5 and 6 GrEStG or should have extended their scope to also apply to stock corporations in light of the intended “synchronization” of partnerships and stock corporations. However, this was not the case. It is impossible to determine whether or not this was a deliberate decision by the legislator. However, at least with a view to a retroactive denial of RETT exemptions within the meaning of Art. 5 and 6 GrEStG, we believe it is rather unlikely that the tax legislator will (once again) change its mind in the context of the MoPeG.

Depending on when the legislator is going to consider an amendment of Art. 5 and 6 GrEStG or the introduction of a corresponding transitional regulation, all relevant RETT exempt real estate transfers from or to a joint ownership in the next two years would, in the worst case, entail legal uncertainty as to whether RETT will be triggered or not. Therefore, each individual case of current structuring considerations requires a detailed analysis.

Furthermore, from a teleological perspective, Art. 5 (3) and Sec. 6 (3) GrEStG are likely to preclude a retroactive RETT disallowance. This is because the blocking periods imposed by the provisions in question have the character of anti-abuse provisions.

In our opinion, it is neither plausible nor justified that a mere change in the law without any tax structuring on the part of the taxpayer should constitute an abuse of the law. This is also substantiated by the provisions inserted into Art. 5 (3) Sentence 2 GrEStG and Sec. 6 (3) Sentence 2 GrEStG against the background of Brexit, which would also be conceivable in the present constellation instead of a transitional provision.

In light of the legislator’s will which has been correspondingly expressed in the explanatory memorandum, the constitutional problems, and the legislator’s approach in the course of the 2021 Real Estate Transfer Tax Reform, it seems at least more likely that the tax legislator would opt, as a “minimum objective”, for a transitional provision that excludes all relevant transfer transactions taking place by December 31, 2023 from the scope of application of Sec. 5 (3) or Sec. 6 (3) GrEStG, so that the abolition of the joint ownership principle alone should not lead to a blocking period violation. Such a petition is also taken up, for example, by various industry associations in their comments on the draft bill of the 2022 Annual Tax Act (“JStG 2022”), dated August 11, 2022.

For the sake of legal certainty, it is to be hoped that the legislator will actually comply with this request already in the course of the JStG 2022 and insert corresponding transitional provisions into the GrEStG.

Taxpayers should currently take a very close look at planned structuring transactions applying the RETT exemptions pursuant to Art. 5 and 6 GrEStG and should carefully weigh the risks. In individual cases, they could also consider, for example, taking out a so-called “tax liability insurance”. 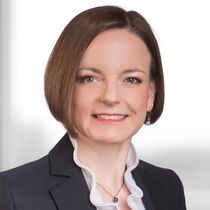 Still no legal certainty for reorganizations in third-country cases