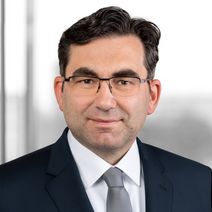 M&A risk: Mergers in the future as an abuse of dominant position?

Recently, European competition authorities have increasingly focused on strong market players’ mergers with smaller, aspiring competitors (“killer acquisitions”). Such mergers are generally not subject to EU merger control. According to the Advocate General of the European Court of Justice (ECJ), however, such mergers might constitute an abuse of a dominant market position – and might even be sanctioned after their completion. Therefore, a risk analysis regarding a possible dominant position’s abuse within the scope of the due diligence has gained importance.

Previously, every merger required an examination whether the revenue thresholds for an applicability of the EU merger control or the various national legal systems had been exceeded. If this was not the case, the transaction was “unproblematic” from an antitrust perspective, as in such case there were no antitrust-related reporting and approval requirements and thus no hurdles regarding such transaction’s execution.

Recently, there has been increasing discussion of the circumstance that transactions which were not reportable either to the EU Commission or to national antitrust authorities can be taken up by the European Commission at the request of a Member State under Art. 22 of the EC Merger Regulation (ECMR).

So far, there has been only one case where such request was made: the acquisition of GRAIL by Illumina.

Since EU merger control was understood as conclusive for mergers based on Art. 21 (1) ECMR, practice, assumed that further antitrust investigations of mergers as possible abuse of a dominant position under Art. 102 TFEU were excluded (so-called “blocking effect”).

ECJ Advocate General Kokott: Mergers may violate Art. 102 TFEU
Currently, the ECJ is dealing with the question of the blocking effect of Art. 21 (1) ECMR. The underlying litigation concerns whether the already concluded merger of TDF and Itas in the French television sector, where only TowerCast operates as further competitor, constitutes an abuse of a dominant position, even though no reporting thresholds had been exceeded and no examination by the European Commission had been requested by France.

According to Advocate General Juliane Kokott, Art. 21 (1) ECMR has no blocking effect. Mergers could therefore also constitute an abuse of a dominant position, at least if merger projects are not subject to EU merger control.

If, after a merger’s completion, the merger is deemed to constitute an abuse of a dominant position, Attorney General Kokott does not support a reversal of the merger as “general” legal consequence, but rather conduct-oriented remedies (such as the award of licenses, an obligation to supply third parties) and the imposition of a fine.

Significance for M&A transactions: Risk analysis regarding a possible abuse of a dominant position
Although the Attorney General’s final motions are not binding for the ECJ, they are regularly considered in its deliberations. It therefore remains to be seen to what extent the ECJ will follow this line of reasoning.

Until further notice, a risk analysis regarding a possible abuse of a dominant position should be performed in future for every merger that is not covered by EU merger control and national merger control regulations. Failure to do so could result in severe fines and, in the worst case, even the reversal of the merger. The checklist of required antitrust control steps for transactions is thus extended by a further “field”. 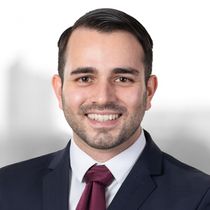 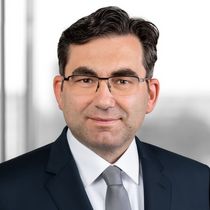