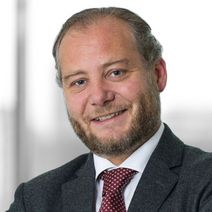 The EU has implemented a series of new sanctions against Russia, which were previously formally adopted by the 27 member states. In addition, further sanctions have already been announced. Even a total embargo against Russia and Belarus can no longer be ruled out. Companies should urgently and closely review their Russian activities. Violations could result in severe penalties.

The inclusion of 378 additional individuals and organizations on the EU sanctions lists already represents a considerable risk: The ban on providing goods or services to those persons also relates to the indirect provision of economic resources, i.e., the supply of goods or services to non-listed companies that are under the direct or indirect control of the persons named on the EU sanctions lists is not permitted.

The sale to persons from the Luhansk and Donetsk regions or the intended delivery to those regions has been placed under an export control ban; consequently, even the initiation of a contract may be considered an attempted export control violation and thus a criminal offense. Prior to commencing or continuing any contractual activity, companies should carefully check whether the intended contract’s outcome would still be permissible under the new export control legislation.

Total embargo against Russia and Belarus cannot be ruled out

Due to Russian military activities on Thursday morning, an expansion and tightening of sanctions can be expected in the short term. According to media reports, very harsh and severe sanctions are to be expected which, in our opinion, do not exclude a total embargo against Russia and Belarus.

The USA has also tightened its sanctions against Russia. The US sanctions imposed by President Biden on February 22 initially affected only US persons, i.e., US citizens, companies domiciled in the US, persons with their habitual abode in the US, or even green card holders. Further US sanctions are very likely and could also be imposed with extraterritorial effect. The US has understood many of its sanction measures in the past, for example, against Iran, to be extraterritorial. This means these sanctions would apply not only to US persons, but to all persons and goods with a US connection. German and European companies would also be affected. We therefore recommend that all companies also monitor and take into account developments in the US.

In the meantime, the first EU sanctions package has been published in the Official Journal and comprises, inter alia, the following measures: 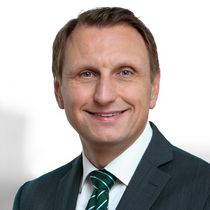 New EU sanctions against Russia: what companies should keep in mind now