How secret are your trade secrets?

The EU Directive on trade secrets’ protection against unlawful acquisition, use and disclosure, which has been in effect since June 2018, is supposed to ensure standardized minimum protection for trade secrets throughout Europe.

In the meantime, the German federal government has presented draft legislation on the protection of trade secrets (“GeschGehG”) in order to implement such Directive. The law and the Directive are going to have far-reaching consequences.

According to the Directive, trade secrets are only protected if reasonable non-disclosure measures have been taken. Thus, the new regulation imposes on companies new obligations to secure their trade secrets as well as corresponding new documentation requirements which are also important for labor law purposes.

According to previous German law, an employer’s obligation to keep confidential internal matters worthy of protection directly resulted from the employment contract as secondary contractual obligation. The obligation existed irrespective of specific non-disclosure measures taken by the employer. In future, such obligation will only exist if the employer has reasonably protected its know-how and trade secrets and can prove such protection. Besides technical access restrictions, this might include in particular Non-Disclosure Agreements which clearly define internal matters and trade secrets to be kept confidential by the employee also after the employment’s termination.

Since June 2018, the courts must comply with the EU know-how protection Directive irrespective of the German legislation on the protection of trade secrets; therefore, employers would be well-advised to examine and improve, if applicable, the current state of their measures for the protection of confidential information and of trade and business secrets. Otherwise, this might entail expensive surprises.

All employment contracts should immediately be examined as to whether they include confidentiality agreements with such employees dealing with confidential information. If this is not the case, Non-Disclosure Agreements should be concluded in a timely manner, also with regard to the protection of trade secrets after the employment’s termination. Upcoming contract amendments should be used in order to include corresponding confidentiality agreements into the contract. With regard to all future contracts, they should be included right from the start. 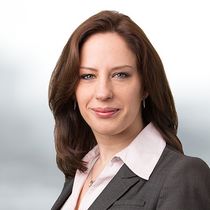