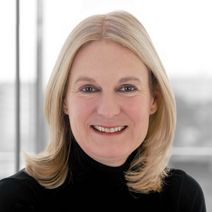 “How long is very long?” For about one year, this has been the question for every employer wishing to employ a person, who has already worked for such employer before, under a fixed-term contract for no objective reasons. The question was raised by the German Federal Constitutional Court and has now been answered, at least to some extent, by the German Federal Labor Court.

According to Art. 14 Sec. 2 sentence 2 TzBfG (German Law on Part-Time Work and Fixed-Term Employment Contracts), a fixed-term employment contract without any objective reason is not admissible if the employee had already been employed by the same employer. Such regulation is meant to prevent repeated fixed-term employments. However, the law does not contain any information as to whether such provision, according to the legislator’s intention, shall apply without any restriction to every previous employment or only for employments dating back a longer time.

Since 2011, the German Federal Labor Court (“BAG”) has consistently interpreted such regulation to the effect that a fixed-term employment without objective reason is only inadmissible if the prior employment dates back less than three years. However, if the previous employment dates back longer than three years, the BAG held the opinion that the employer could enter into an effective fixed-term employment contract without any objective reasons being required. An entire generation of employers, employees, and labor lawyers has relied upon such consistent case-law. Until June 2018, they were “on the safe side” in doing so. In June, however, the German Federal Constitutional Court (“BVerfG”) had to address the question of a pre-employment ban (decision of June 6, 2018, 1 BvR 1375/14). The court came to the conclusion that the BAG, in assuming a three-year period, would exceed the limits of a reasonable interpretation of statutory provisions by the courts and, consequently, such interpretation was unlawful. It cannot be concluded from the legislator’s intention that the pre-employment ban is limited to the last three years only. Rather, the law does not stipulate any time limit at all. Therefore, one cannot assume a strict deadline. Rather, the specialized courts can and must limit the scope of application pursuant to Art. 14 Sec. 2 sentence 2 TzBfG by constitutional interpretation if the prohibition of a fixed-term employment without objective reasons is unreasonable for lack of a risk of a repeated fixed-term employment. According to the BVerfG, this is the case, inter alia, if the previous employment dates back a very long time. However, the court did not provide any details as to what period of time qualifies as “very long” in the court’s opinion and left such decision to the specialized courts (on the BVerfG’s decision’s details, please refer to our Labor Law Update of July 18, 2018).

In the meantime, the BAG has picked up the BVerfG’s decision and addressed the question of a previous employment and how long such employment dates back. In its decision of August 21, 2019 (7 AZR 452/17), the court came to the conclusion that, with regard to a new fixed-term employment, a previous employment dating back more than 22 years dates back “very long” and that therefore the prohibition of a fixed-term employment without objective reasons is unreasonable. In other words: According to the BAG, the conclusion of a fixed-term employment contract 22 years after termination of the previous employment was admissible in the particular case. Whether or not this also applies to a period of 5 or 10 years has not been clarified. The question of how long is very long has been answered by the BAG only in connection with periods of more than 20 years. For all shorter periods, the uncertainty existing since 2018 has not been eliminated.