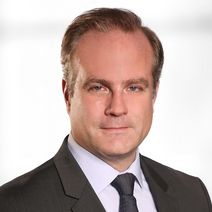 First adjustments of insolvency law during the pandemic

Everyone is starting to realize that the pandemic crisis is not going to be overcome by Easter. Businesses will continue to be closed and production chains will continue to be interrupted for some time to come. There will be a shortage of workers from other European countries for some time. This will inevitably result in a material insolvency for many companies, i.e., pursuant to German law, the occurrence of insolvency or over-indebtedness. The intention is to create an EU-wide possibility for companies to prevent insolvency proceedings caused by the pandemic. To that end, the German legislator correspondingly adjusted insolvency law on March 25, 2020.

2. Obligation to file for insolvency, status quo ante – prior to the pandemic

A company’s economic crisis is also a difficult situation for its contractual partners: If they have been able to recognize their contractual partner’s crisis, there are various risks of legal contestations. A recognition of the crisis is assumed in several constellations. This applies to customers and suppliers but also to banks and financers. The risk of a legal contestation might even exist if the service was performed according to the contractual agreement (congruent coverage).

3. Changes in connection with insolvency reasons due to the pandemic

Upon occurrence of a material insolvency, the management must no longer file for insolvency within the three-week period. Such obligation has now been suspended until September 30, 2020 if the insolvency is due to the pandemic and if there is a prospect of improvement. This is assumed to be the case if the company was not insolvent as of December 31, 2020. Despite the legal assumption, such restriction is not without any risk for entrepreneurs. Otherwise, the applicable criminal and personal liability provisions will apply. A company should seek a third-party confirmation that the company was not insolvent as of December 31, 2019.

Furthermore, for the time being, insolvency proceedings will only be opened upon a creditor’s request if the company was already subject to material insolvency as of March 1, 2020. Creditors’ requests are usually filed by institutional creditors, i.e. in particular social security funds and tax offices. The adjustment of creditors’ requests is supposed to result in the fact that, during the next few months, such requests will only be filed if the payment practice has been dissatisfying for some time.

Even if the obligation to file for insolvency has temporarily been suspended, this does not change the material insolvency per se. Accordingly, the legislator has also restricted the corresponding payment bans upon occurrence of insolvency in order to provide for an equal legal treatment and to enable a reasonable continuation of the business. This is appropriate; however, legal uncertainties inevitably result from case law on prohibited and permitted payments after occurrence of material insolvency which has developed over decades. According to the new legal provisions, which are supposed to apply on a temporary basis, all payments serving to maintain business operations or to implement a restructuring plan are permitted.

The legislator adjusted in particular the contestability of services performed as owed (congruent coverage). This enables contractual partners, during the pandemic crisis, to continue to interact with companies which obviously have economic difficulties due to the pandemic and are engaged in their company’s restructuring. Naturally, this does not apply if he is aware that the restructuring and financing endeavors are pointless from the outset.

Previously, loans granted during a crisis may have been assessed as unethical contribution to a delayed filing for insolvency. Due to the fact that special contestation and liability provisions will apply or not apply for new loans until September 30, 2020, such risk is significantly mitigated during the suspension period. In particular funds provided within the scope of state aid programs are privileged during the suspension period.

Repayments of a company’s shareholder loans (or economically equivalent arrangements) are dangerous for the management and the shareholder. New shareholders’ loans granted during the suspension period are now temporarily privileged. The repayment of such loans is not deemed to constitute a detriment for creditors and is as such not contestable.

The adjustments in insolvency law are important and appropriate in the current situation. Many obvious effects accompanying the suspension of the obligation to file for insolvency have been addressed. This was different during the flood disaster, where only the obligation to file for insolvency had been suspended. However, there are still significant uncertainties resulting for affected entrepreneurs during the next weeks in connection with the provisions’ practical implementation. The law also makes it considerably easier for lending banks and financing institutions to grant restructuring loans and subsidized financial assistance. Over the next couple of weeks, the decisive question will be whether or not the company was solvent pursuant to insolvency law as of December 31, 2019.

However, in the current situation, an adjustment of insolvency law can only be a first step. Now, it is important to pave the legal way for the economy’s restart and to provide crisis-ridden companies with adequate restructuring instruments. The preventive restructuring process and an adjustment of the debtor-in-possession provisions will be an important part of such measures. The vote on such draft law is now becoming even more urgent than before the pandemic crisis.