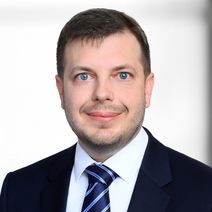 For quite some time, the EU Commission has been pursuing the Europe-wide harmonization of insolvency law. On December 7, 2022, the draft of a new Directive has been published. If the draft should be passed in its current version, it contains a large number of new approaches as well as far-reaching changes in individual areas.

The new “pre-pack proceedings” in order to prepare a company sale prior to the insolvency proceedings must be emphasized in particular. The sale would be executed after opening insolvency proceedings. The new aspect is the fact that necessary ongoing contracts (“executory contracts”) will be transferred to the acquirer without the contractual partner’s consent. Previously, the continued validity of contractual relationships in case of an investor solution could only be reached through an insolvency plan or with the contractual partner’s consent which was a very time-consuming process.

Another focus of the planned new regulations is the introduction of simplified liquidation proceedings for small entrepreneurs. This is supposed to also apply to small legal entities and is to be generally performed through debtor-in-possession management. Such proceedings would certainly entail large challenges for insolvency courts throughout Europe.

An overview of the EU Commission’s draft’s most important points is presented below:

1. Avoidance actions
Avoidance actions are to be harmonized throughout Europe. In this context, the draft obviously closely followed German regulations. The period to file an action for services without any or without equivalent consideration, however, is to be limited to one year (Article 7(1)). In Germany, such period used to be four years (Art. 134 InsO (German Insolvency Code)).

3. Pre-pack proceedings
The so-called pre-pack proceedings are intended to facilitate the sale of the company as a whole. Thus, the sale of the company is to be prepared prior to filing for insolvency under the insolvency court’s supervision. For that purpose, regulations for a stay of individual enforcement actions are to be created (Article 23). The sale would then be executed shortly after the insolvency proceedings’ opening and as such under the Insolvency Code’s provisions (Article 19 et seq.). A so-called “Monitor” would assume the supervisory function. Such Monitor documents the sale process and ensures that the best possible buyer is found in the creditors’ interests. As a rule, the Monitor is subsequently to be appointed as the insolvency administrator. He must therefore be generally qualified to assume such function (Article 22).

The purchaser is to acquire the company free of debts and liabilities (Article 28). In this context, the connection to Art. 613a BGB (German Civil Code; transfer of a business) certainly still needs to be clarified.

As these are minimum requirements, it is not to be expected that Germany’s much stricter requirements for filing for insolvency will be eased.

For these, overindebtedness is supposed to no longer constitute a ground for insolvency (Article 38 (2)). Furthermore, such liquidation proceedings must be opened regardless of whether or not the procedural costs are covered (Article 38 (3)). Consequently, the deferral of procedural costs must be extended to small legal entities.

In these proceedings, the insolvency courts shall be responsible for notifications, tables, and lists of assets (Articles 45, 46 and 48). Claims notified by the debtor shall be deemed filed and established as long as no creditor objects (Article 46).

The pursuit and enforcement of avoidance actions shall not be mandatory in simplified liquidation proceedings. Asserting such claims shall be left to the discretion of the creditors. If necessary, however, the court may convert the proceedings into standard insolvency proceedings (Article 47).

The small entrepreneur’s assets shall be realized by the debtor through a new electronic auction platform (Article 49 et seq.).

In the simplified liquidation proceedings, entrepreneur debtors as well as the founders, owners or members of a debtor subject to unlimited liability shall be fully discharged from their liabilities (Article 56).

So far (“only”) a Draft Directive
So far, this is only a draft directive. It is not yet possible to say whether it will be adopted in its present form. However, changes are to be expected. Subsequently, the Directive still needs to be transposed into national law. Here, too, it remains to be seen how the German legislature will use its leeway.