Following the amendment to the Foreign Trade and Payments Act (Außenwirtschaftsgesetz) adopted by the German Federal Cabinet on April 8, 2020, the Federal Ministry of Economics and Energy published a consecutive amendment to the Foreign Trade and Payments Ordinance (Außenwirtschaftsverordnung) on April 27, 2020 to accompany this project. The amendments were adopted by the Federal Cabinet on May 20, 2020 and come into legally binding force upon announcement in the Federal Law Gazette of Germany.

The amendments extend the target group of German companies whose acquisition by a foreign (= non-EU/non-EFTA) buyer triggers a notification obligation and subsequent investment review by the BMWi, in particular companies in the health sector. These changes apply to all acquisitions through which an investor acquires at least 10% of the shareholdings/voting rights in the company.

The Ordinance's list of particularly security-relevant companies whose acquisition may pose a threat to public order or public security now includes firms that, inter alia, develop or distribute (medical) personal protective equipment, pharmaceuticals and medical devices for treating infectious diseases as well as related in vitro diagnostics. Additionally, companies from other sectors, necessary to ensure the continuity and functionality of Germany's public communications infrastructure, are newly listed as well.

Furthermore, the Ordinance's amendment clarifies that an acquisition relevant to Germany's investment screening procedure is also deemed to be such in which - instead of shareholdings in a company - independent units or all operating assets of the target company that are essential for maintaining the operation of which or an operating unit are acquired (= asset deal).

The amendment also provides that the above-mentioned condition of a threat to public policy or public security - arising as a result of the acquisition process - will be defined more precisely in the text of the Directive itself. In the future, particular (which indicates the non-exhaustive nature of the list) consideration will be given to reasons relating to the person of the buyer, such as whether the buyer is controlled by the government, other state authorities or armed forces of a third country, whether the buyer has already been involved in activities that have had a negative impact on public order or security in Germany or another EU member state, or whether the buyer has already been involved in certain criminal offences.

In line with the amendment of the German Foreign Trade and Payments Act earlier this year, the amendment to the German Foreign Trade and Payments Ordinance thus further extends the investment auditing powers of the German Federal Ministry of Economics and Energy. For company acquisitions "after Corona", especially those in the health sector and industry, which is now comprehensively included in the new screening regime, it is therefore necessary to act with foresight and thus with legal certainty, particularly in terms of timing.

Many thanks to co-author Maurice Goebel. 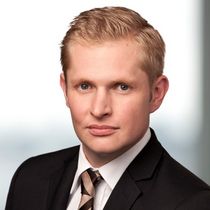