Overview of M&A in the Nordic Countries

According to statistics published by Bureau van Dijk, 3,509 deals with a total deal volume of approximately EUR 87 billion were announced in 2019 in the Nordics. Dr. Ralf Ek, LL.M., Rechtsanwalt/Advokat (Schweden), Partner and Head of the Nordic Desk at Baker Tilly gives an overview of M&A in the Nordic Countries.

General Economic and Business Overview of the Nordic Countries

Each of the Nordic countries, Denmark, Finland, Norway and Sweden are modern industrialized economies with highly developed infrastructure. According to the latest figures published by the World Bank for 2019, the combined GDP of the Nordic Countries amounts to US$1,551 billion which puts the region in 13th place on a global scale just between South Korea and Spain. Sweden has the highest GDP with US$531 billion (global ranking number 23), followed by Norway with US$403 billion (30), Denmark with US$348 billion (37) and Finland with US$269 billion (43).

While Norway has chosen to remain outside of the EU, it is a member of the European Economic Area. Accordingly, a large number of Norwegian national laws are harmonized with European law. Denmark, Sweden and Finland are each members of the European Union, but only Finland is a member of the currency union and has introduced the Euro. With legal systems, that are based on the civil law tradition, the Nordic countries generally offer investors a solid and predictable legal framework for foreign investment, with excellent business opportunities in many rapidly expanding sectors. In Norway in particular, significant investments in infrastructure are pending, with corresponding opportunities in the construction sector.

All of the Nordic countries have an export-driven economy; in Finland, for example, more than 80% of goods are produced for export. Traditional areas of strength of the Nordic economy as a whole are oil & gas, telecommunications technology, pulp and paper and industrial manufacturing. In addition, mining and natural resources, renewable energy, logistics as well as newer industry segments such as mobile gaming (Angry Birds originates in Finland) are also attracting foreign investor interest. Due to relatively low energy prices, energy-intensive businesses are also attracting the attention of international investors.

The Nordic capital market is highly developed. The Norwegian market in particular has experienced record growth in the number of corporate bond issuances since the end of the global financial crisis. The bond market is no longer limited to securing debt financing for the largest companies but instead provides a source of capital for many mid-sized and even smaller companies. A high proportion of Norwegian high yield bonds are held by international investors. Sweden has also experienced vigorous IPO activity during the last years. E.g. in 2017, 74 IPOs took place in Sweden (as well as 11 in Norway, 10 in Finland and 4 in Denmark). Although the numbers declined in recent years due to the worldwide economic uncertainty and the COVID-19 crises, it is expected that the Nordics will experience substantial IPO activities also in the future.

The Nordic countries have developed close links to one another in recent decades, with growing regional economic activity. In recent years, there has been rapid economic integration through mergers and acquisitions between big corporations in two or more Nordic countries. Notable examples of intra-Nordic M&A activity are: Nordea (banking), Arla (food industry), Stora Enso (paper, pulp and tinder), TeliaSonera (telecommunications) and Sampo Group (insurance), all arising out of Nordic alliances.

A few examples of notable Nordic companies by country are as follows:

According to statistics published by Bureau van Dijk, 3,509 deals with a total deal volume of approximately EUR 87 billion were announced in 2019 in the Nordics (with approximately 45% of the deals announced for Sweden). Cross-border transactional activity was, as in previous years, also high in 2019 as Nordic targets continued to be very attractive for acquirers based outside the region such as German investors.

Share deals are more common than asset deals in the Nordic countries. Mergers, demergers, combinations and joint ventures are also often used in the Nordics. Preemption rights and restrictions on the sale of shares (in particular consent requirements) often exist in Nordic companies, and a potential buyer must therefore review the targets properly in the course of due diligence. Due diligence in the Nordic countries follows the international practice and is in general structured in a very sophisticated and efficient way. With regard to the negotiation process, international buyers should be aware of local traditions, such as the consensus driven leadership style practice in particular in Sweden. The negotiation process might therefore take longer than expected in other regions. The M&A documentation follows the framework of international agreements, in particular Anglo-American agreements, with certain amendments to better fit the Nordic traditions and legal environment. It is for example less common than in other jurisdictions to agree on high break-up fees. In the public company context, acquisitions are usually structured as a friendly takeover after negotiation with certain major shareholders and the board of directors of the target prior to launching an offer.

The legal systems of Norway, Sweden, Finland and Denmark derive largely from legal traditions which are based on the German civil law. In contrast to Anglo-American deals, the civil law countries employ shorter agreements with statutory law filling in the “gaps”. However, in recent years, the trend in particular in acquisition agreements has moved toward longer Anglo-American style agreements. There are few formal documentation requirements whether a business is transferred in an asset deal or a share deal.

In the public M&A context, control of a Danish public company is often obtained through stakebuilding together with a voluntary or mandatory public tender offer. Stakebuilding in a public company requires the bidder to launch a mandatory tender offer in the event a “controlling interest” is achieved in the target company, which pursuant to the Securities Trading Act is in general achieved when the acquiror holds one third or more of the voting rights in a company, unless it is evident that this shareholding does not give the shareholder control of the company. A shareholder who controls more than 90% of the share capital and voting rights can purchase the remaining shares (squeeze-out).

The ownership of most Finnish companies is concentrated in the hands of a relatively limited circle of shareholders, even if the company is publicly listed. Therefore, negotiations with major shareholders tend to be of central importance also in the public M&A context. Publicly listed company sales are subject to fairly detailed rules defined in the Securities Markets Act, the standards of the Finnish Financial Supervision, the Takeover Recommendation and the Companies Act.

Friendly public takeovers typically involve negotiations with key shareholders as well as the target itself together with a due diligence review of the company. The Finnish Securities Markets Act provides for a mandatory tender offer when the shareholding exceeds 30% of the voting rights of a publicly traded company, or where the bidder already holds more than 30% of such rights, when the 50% threshold is exceeded. The owner of more than 90% of the shares and voting rights of a company has the right to redeem the remaining minority shares (squeeze-out).

Takeover of a publicly listed company in Norway commonly takes place through stakebuilding followed by a public tender offer. Tender offers are governed by the Norwegian Securities Trading Act; pursuant to its rules, a mandatory offer must be made when a bidder directly or indirectly acquires more than one-third of the voting interests of a listed company (with repeat triggers at 40% and 50%). Squeeze-outs of minority shareholders are permissible once a bidder’s ownership exceeds 90% of the target shares and a corresponding proportion of the votes.

Limited liability companies (Aktiebolag or AB) are the most commonly utilized business form used by foreign investors in Sweden. Private companies must have a share capital of at least SEK 25,000 (approx. EUR 2,400), while the minimum capital for public companies is SEK 500,000 (approx. EUR 48,500).

According to the Swedish Act on Public Takeovers on the Stock Market, a mandatory offer has in general to be made if the purchaser’s shareholding reaches or exceeds 30% of the total number of votes in a listed company. In Sweden, the offeror often makes a public tender offer, conditioned upon at least 90% of the shares being tendered. If the 90% threshold is exceeded, the offeror will be able to acquire the remaining shares in a mandatory redemption of the minority shareholdings under the Swedish Companies Act. 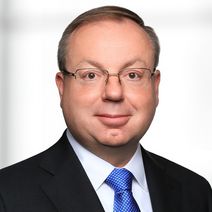