Builder is not liable for the minimum wage

As of August 2014 a statutory minimum wage has come into force in Germany. In article 19 German Minimum Wage Act (Mindestlohngesetz – MiLoG) reference is made to article 14 German Employee Assignment Law (Arbeitnehmerentsendegesetz – AEntG). This is based on the following: as any general citizen, also contractors who assign another contractors with the delivery of work or other service are liable for the subcontractor’s obligation to pay the statutory minimum wage to his employees.

On 16 October 2019 – 5AZR 241/18 – the Federal Labour Court (BAG) has ruled, that contractors merely commissioning building work in their function as builders are not subject to the liability obligations regarding the minimum wage being payed. The claim was filed by an employee working on the building site of a shopping centre in Berlin. The defendant is the landowner and contracting authority regarding the building. The Defendant has assigned a general contractor with the construction of the building, who then again has engaged various subcontractors. The Claimant worked for one of these subcontractors. After the general contractor declared insolvency and the subcontractor stopped paying the Claimant’s wages the employee took legal actions against the builder claiming his outstanding wages.

The claim was dismissed by the Labour Court and the appeal against the dismissal was rejected.

Also the appeal was unsuccessful. Not every “entrepreneur/contractor” in terms of article 14 German Employee Assignment Law (AEntG) is also an entrepreneur/contractor in terms of article 14 German Civil Code (BGB). In fact, the term follows from the justification of the law. Initially the liability as guarantor was introduced in the building sector. Aim was to hold general contractors liable for any claims from employees working for subcontractors engaged by a general contractor. The intention was to ensure that employees working for subcontractors were working under the same working conditions as the employees of the general contractor. However, it was never the legislators’ intention to hold entrepreneurs, who commission building work liable for the minimum wage being payed by the contractor. In fact, the building contractor who commits himself to the builder to construct the building and does this by engaging employees of subcontractors instead of making use of his own employees is to be held liable as guarantor for their wages. Only this general liability for contractors shall be applied in the German Minimum Wage Act (MiLoG).

In the present case the owner of the property has only acted as builder and assigned a general contractor with the job. The builder has not assigned a subcontractor to fulfil his own duties. The builder who has merely placed an order to construct a building is not classified as “entrepreneur/contractor” in terms of article 16 German Minimum Wage Act (MiLoG) in connection with article 14 German Employee Assignment Law (AEntG).

Always when your company decides to engage subcontractors to work on an accepted job, you need to pay attention as to what extent your company can be held liable for the subcointracto’s obligations. Regarding the liability as guarantor the term “entrepreneur/contractor” is sloppily interpreted too broadly. Decisive is the legislation of the Federal Labour Court regarding article 14 German Employee Assignment Law (AEntG). Only if somebody involves others in order to perform his own work- or other services, thus transfers his own obligations onto subcontractors, he can be held liable for the minimum wage as guarantor. According to the legislative material a broader interpretation of the term “entrepreneur/contractor” was not intended. 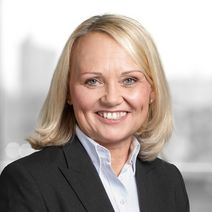